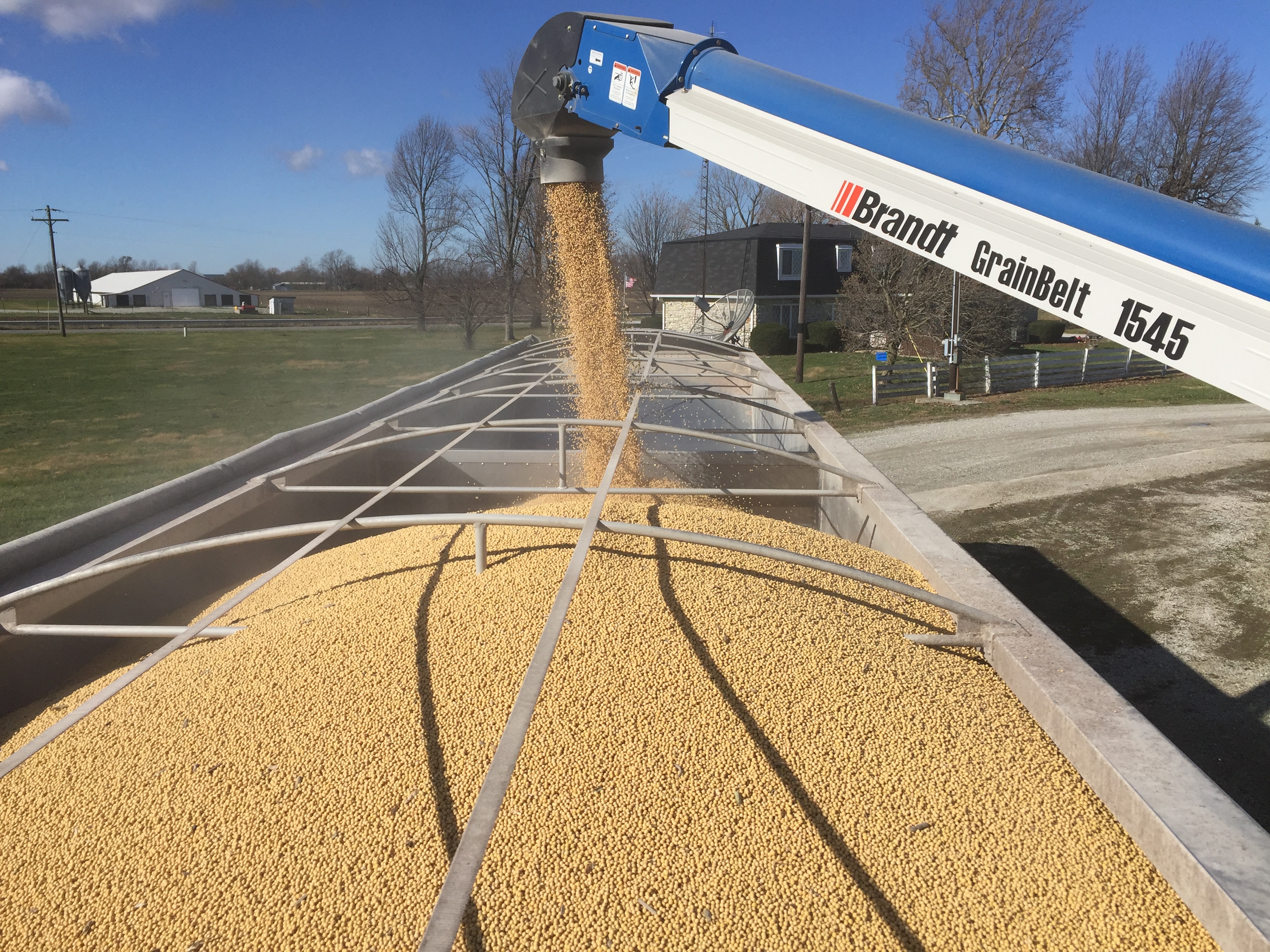 Well, the beautiful Fall weather has officially given way to “winter-like” stuff now.  Can’t say that I’m too disappointed… you can only take so much of a good thing!  Last week was a little different for me.  I spent Monday and Tuesday at the state Farm Bureau convention and part of Thursday and all day Friday on a little excursion with Jodie to Brown County.  I like Farm Bureau, but the last part of the week was better than the first!

Also last week, I got the opportunity to drive a truck a little.  They don’t let me do that very often, but Jeff was duck-hunting and Brian was in Florida at a training event for Agristewards, so we were desperate.  I actually really like to drive a truck, so it was nice to get the opportunity.  Pioneer called for a bin of seed beans, so I had the thought that I could “document” the trip to Pioneer and let you in on what that really entails.  One of our seed bean bins holds about 14000 bushels of beans, and a semi holds about 1000 bushels, so we will take about 14 loads on the 45-minute drive to Tipton to empty out a bin. 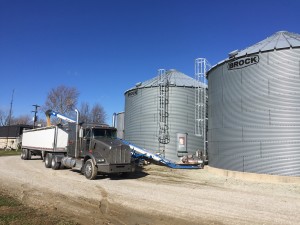 It takes about 25 minutes to load the soybeans on a truck.  We use conveyor belts whenever possible because they cut down on the amount of cracked beans that an auger might cause. 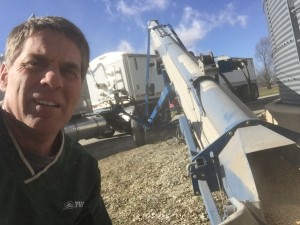 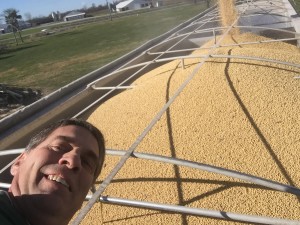 I’m pretty good at taking selfies for an old guy.  Don’t you think? 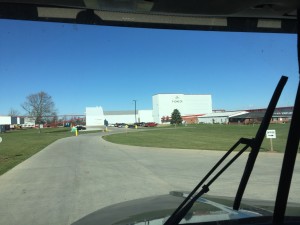 Arriving at the Tipton Plant

We drive east on 47 to 31 then north to 28.  28 takes us right into Tipton.  The plant is one of the few plants that process corn, soybeans, and wheat.  A few years ago, we had the distinction of being the only seed growers in the nation to raise all three crops for Pioneer.  No more seed corn is raised locally because they moved all of their production to irrigated land.  The plant still processes corn, they just truck it in from further away. 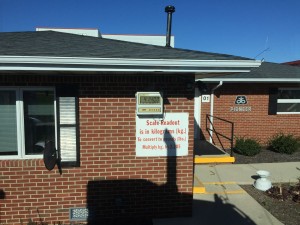 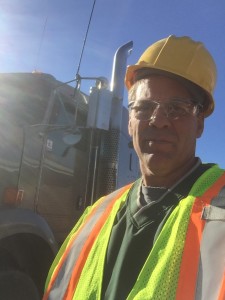 The first thing you do is drive onto the scale, so they can weigh you in.  The second thing you do is to put on all of the good-looking safety equipment.  Who knows when you might poke your eye, fall down and hit your head, and then get run over by a forklift because someone didn’t see you.  When Dupont bought Pioneer several years ago, the safety measures really stepped up.  It’s a good thing. 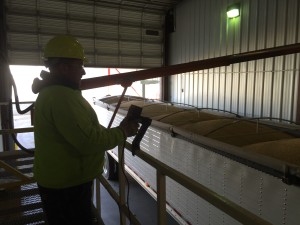 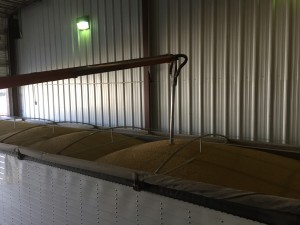 They use a “probe” to suck a sample of beans from several different spots in the truck into the lab area where the check the beans. 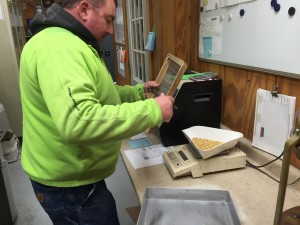 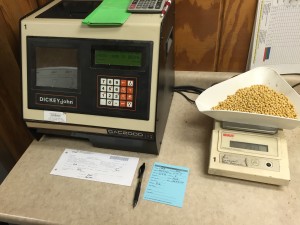 Pioneer measures the moisture, the foreign material and the percent of “cleanout”.  These are the beans that fall through a certain sized screen, and it is basically wasted material.  This load measured 2.3% cleanup, which is pretty good.  We always like to be at 1%, but it is hard to accomplish.  The premiums that we are paid are based on this cleanup percentage.  Not only do they pay us a premium per load, but we are also in competition with the other growers that grew the same variety of bean.  If we average in the top half of the growers, we get an additional premium. 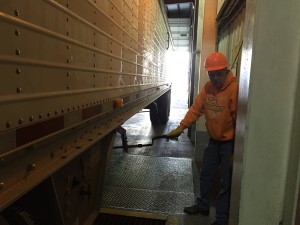 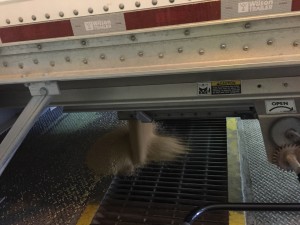 A pioneer employee dumps the truck because I would not be safe cranking that handle open.  It takes about 20 minutes to dump the truck.  You then drive back to the scale and weigh out, head home, and do it all again.  When we are running steady, one truck usually gets 3 to 4 loads per day.  I got one, because I’m not very good.   And I took all these pictures.  And I wanted to go to Brown County with my wife.