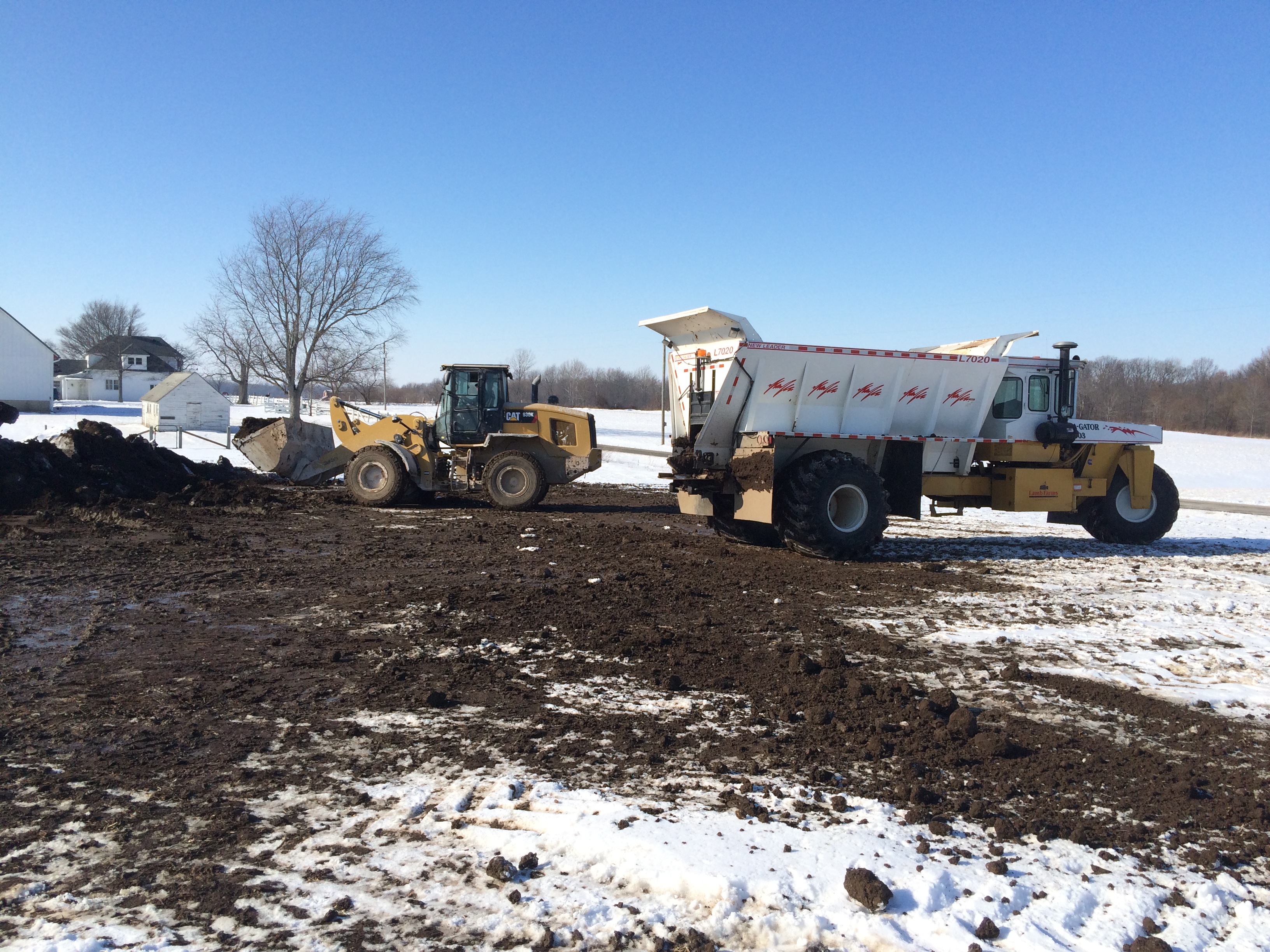 Actually, it’s still Thursday night, but I’m advanced.  We’ve had another good week on the farm.  I sure appreciate our guys…they do a good job of getting things done, even if it is pretty cold outside.  It’s been another week of quite a few meetings this week.  Dean and I went to a meeting on the new Farm Bill and I said last week that I would have some thoughts on that this week.  I do have some thoughts, but I’m not ready to share them yet…maybe next week!

I’ve included a some pictures from today.  Parker was running our Terra-Gator that spreads phosphorous and Potash.  There is also a short video of him spreading… shows a pretty rough ride and it seems he listens to country music.  The other picture show Guy and Bob spreading compost.  I even had to take one because all three of our spreaders were waiting on the scale and Mark Keppel was also spreading gypsum from our site, so we had a Terra-Gator train.  Farmers just like things like that!