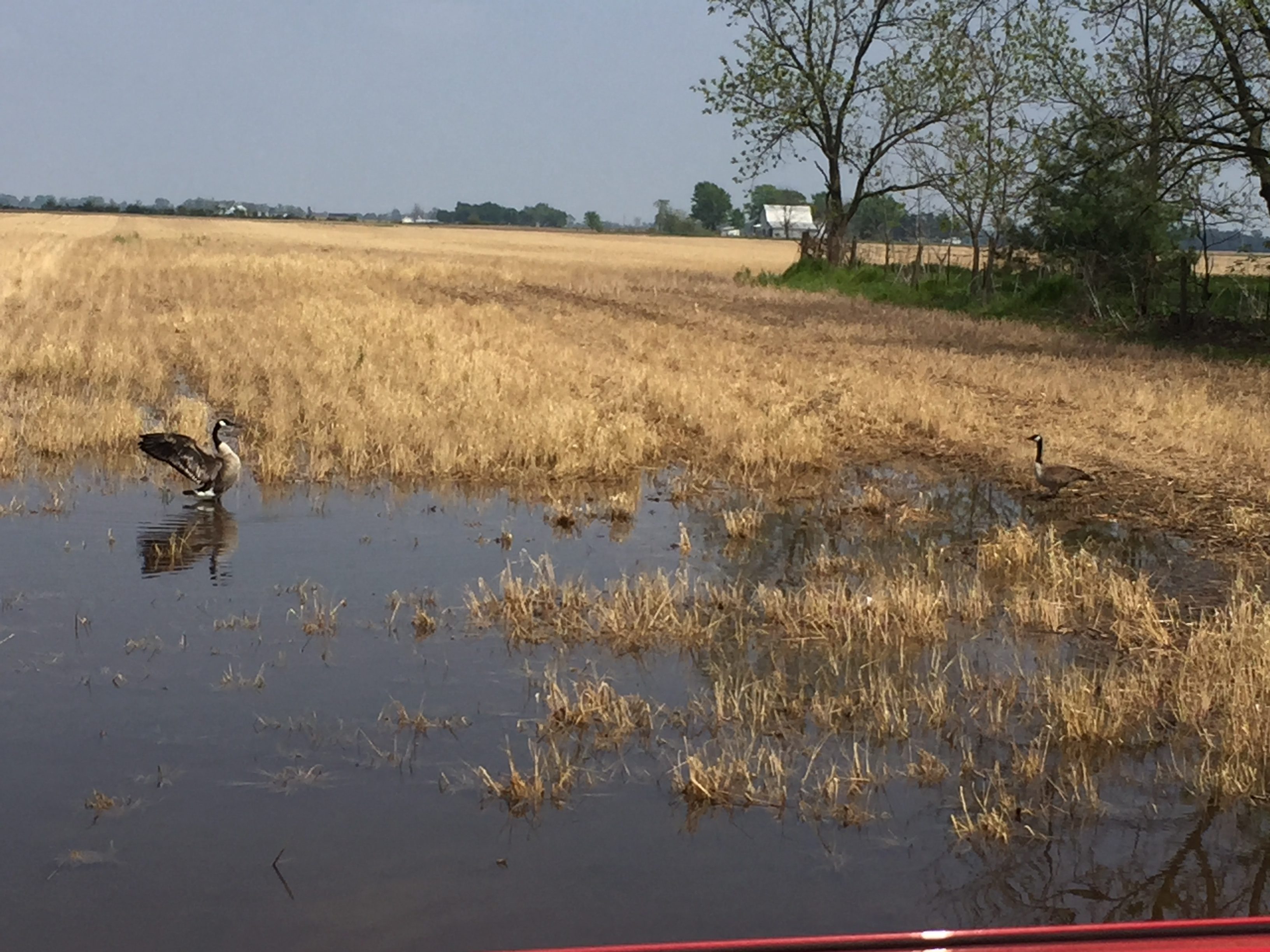 The Art (and Science) of Indiana Crop Management

Already this spring we’ve had some major ups and downs. The mild March and April months helped many farmers get in the fields early, and many got ahead of schedule for the planting season. Only to be followed by days of rain, which kept us out of the fields and concerned about the plight of seed already planted.

We were about 52% planted before the rain, now, while waiting for conditions to dry out, we are three weeks behind schedule. It can be frustrating for sure.

I was recently asked about our system for choosing which crops to plant and why, if some crops or varieties were more profitable than others, why didn’t we just plant it all in the most popular one?

Part of that is good old farming wisdom, such as don’t put all your eggs in one basket. The other part is pure technology and good farming science.

We grow corn, popcorn, soybeans and wheat. Here are just a few reasons why we grow them the way we do.

We specialize in growing seed corn for Remington Hybrids. We are contracted for a set amount of acreage and the seed company determines what type of seed we will plant. For this year, they doubled the amount of acreage contracted since they wanted to increase production of some of the hybrids. The differences can be things such as market demand, length of time to mature, or the ability of the plants to handle more stressful conditions, such as drought.

Planting seed corn takes the most management, and the planting duties are handled by my brother Dean. Again, technology plays a big part whether it is the use of a GPS system and computerized planter, that will not plant over an area it has already planted, or determining the time interval when planting a field with both male and female seeds so they pollinate at the same time. Not everyone likes to work within a seed company’s specifications, but we have purposely set up our operation to work as efficiently as possible with them.

Other corn we grow for Ingredion in Indianapolis. “Waxy corn” has a high starch content and it’s grown specifically to be made into corn starch for human consumption. We grow the non-GMO specialty corn which is in demand both here and in Europe, where all food products have to be non-GMO.

Our next profitable crop is popcorn. I’ve yet to encounter someone who didn’t light up when I mention that we grow popcorn. We plant 1000 acres of popcorn for Weaver Popcorn company, and while it sounds like a fun crop, there is still a need to manage risk to produce a quality crop. The first being the weather conditions in the fall; popcorn needs to be harvested when the kernels are 14-17% moisture – and that’s a pretty tight window, especially when it coincides with the harvesting conditions of soybeans, which is our next crop.

Our bread and butter is growing seed beans for Pioneer Hybrid, we usually plant eight varieties of beans over 3,000 acres.  The Tipton Pioneer plant grows about 70,000 acres of soybean seed.  We’d like to grow as much as we can, but the company limits the amount each of their contracted farms grow. That is another way for the company to manage risk, since one farm and one geography isn’t exclusively growing seed.

Since we still have soybean acreage available, we will also plant another type of soybean that will be used for cooking oil.  This bean, Plenish, has been modified to have less saturated fat and will produce a healthier and longer lasting oil to compete with canola or higher valued oils.

Finally, there’s wheat. We grow seed wheat for Pioneer. While wheat is not as profitable as our corn and bean crops, it is an important soil management tool. Planted after the harvest in the fall, wheat gives the soil a rest, adding nutrients back into the soil which produces better corn and bean crops. Typically, a field that had grown corn will be planted in wheat, then in early summer, the wheat will be harvested and planted in soybeans. While it seems late in the season to plant beans, there are varieties that will mature quickly and help keep the rotation schedule going. This rotation from grass plant to legume is foundational to our strategy of determining each year which fields will be planted in corn, popcorn or soybeans.

Last night I walked a field of seed wheat, looking for any stray plants, such as rye, that needed to be pulled. There’s almost the feeling of a different ecology in the fields. While the wheat grows, wildlife moves back in. I stumbled on a sturdy bird nest built in a few errant stalks of rye, and in another area, I scared up a duck from its nest. (I pulled the seed tops off the rye and left the bird’s nest intact.)

It’s no secret that farming has its risks and challenges; operating as a specialty seed grower has some added challenges since what we do impacts the seed that other farmers across the Midwest. They rely on growers such as us to grow economical and quality seed that they will use next season. That means we all benefit from quality food items and other products that helps run our economy and our country.